A history synonym of passion, effort and constant dedication.

Elegido’s success is not the fruit of chance, but closely tied to the brand’s capacity to innovate. Since its launch in 1979, the brand has strived to distinguish itself from the traditional image of Spanish wine and adapted its offering to the needs of consumers. The true strength of a global brand lies in its ability

to adapt a style and an image that can generate satisfaction across the world. The growth of ELEGIDO is in itself proof of the enjoyment we succeed in providing our customers throughout the world. This steady growth is our reward for the efforts we make day after day to ensure that ELEGIDO remains successful.

ELEGIDO was launched in 1979 and, at that time, it was an important innovation as it became a modernization in the packaging of the one liter wines.

A communication campaign on specialized magazines and on the selling points was made during the first year of ELEGIDO’s brand distribution.

The popularity of the ELEGIDO brand increases considerably thanks to a television campaign starring a well-loved actor in Spain.

We change our office headquarters to a new and more modern building.

We start with the improvement and enlargement of our bottling lines and a logistic platform with high-end technology.

A new impulse is given and ELEGIDO brand is renewed thanks to constant improvements in both quality and packaging.

ELEGIDO makes its way abroad with firm steps, expanding its presence in the international markets.

ELEGIDO ALWAYS WITH YOU

Since the beginning of ELEGIDO we wanted to approach to our customers and we have made a strong investment in advertising. We went from specialized magazines to TV commercials with popular faces that are part of the collective memory. More recently our efforts have been made on raffles with valuable prizes and active participation on the social networks. 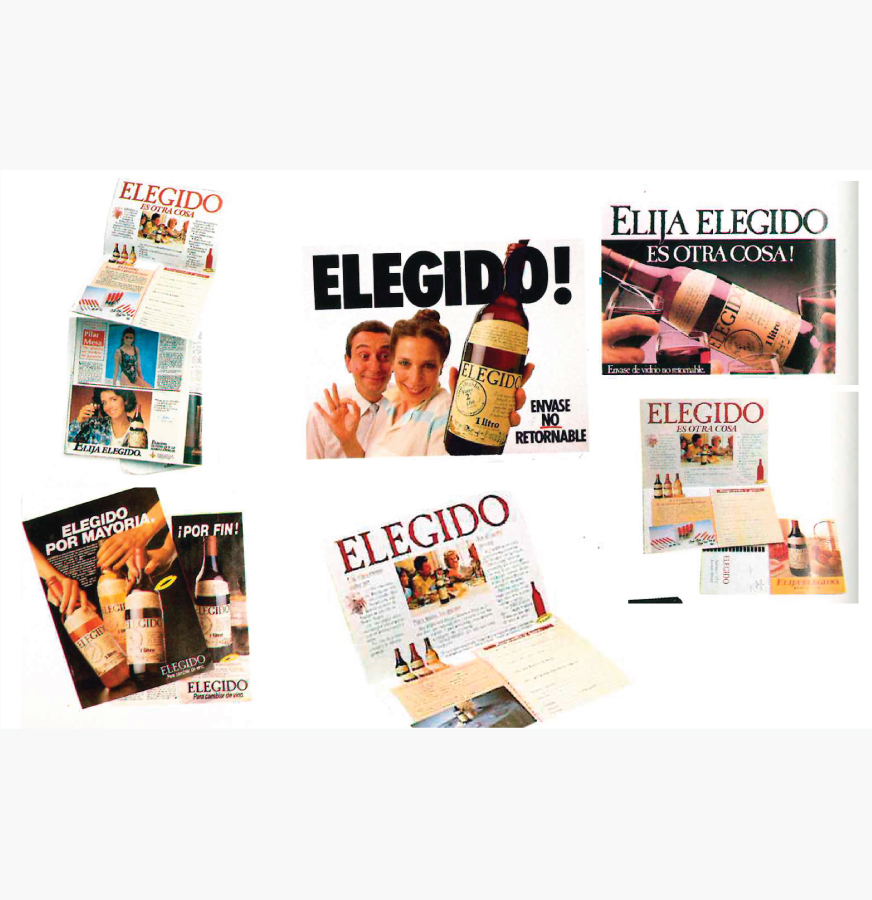 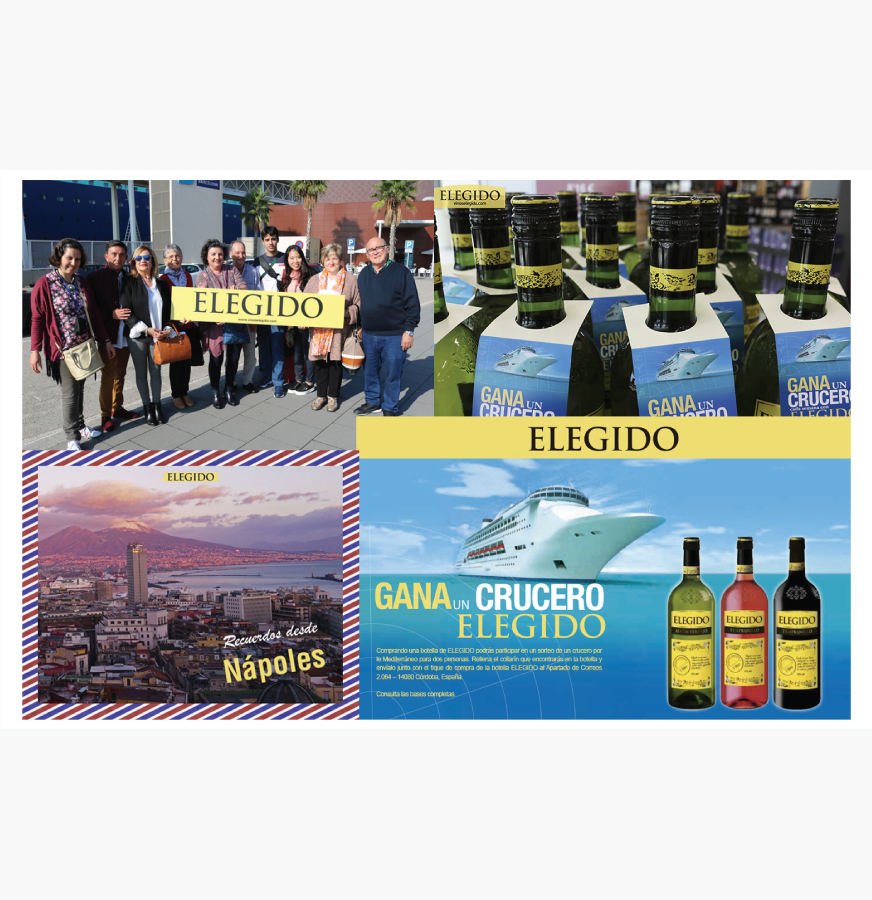 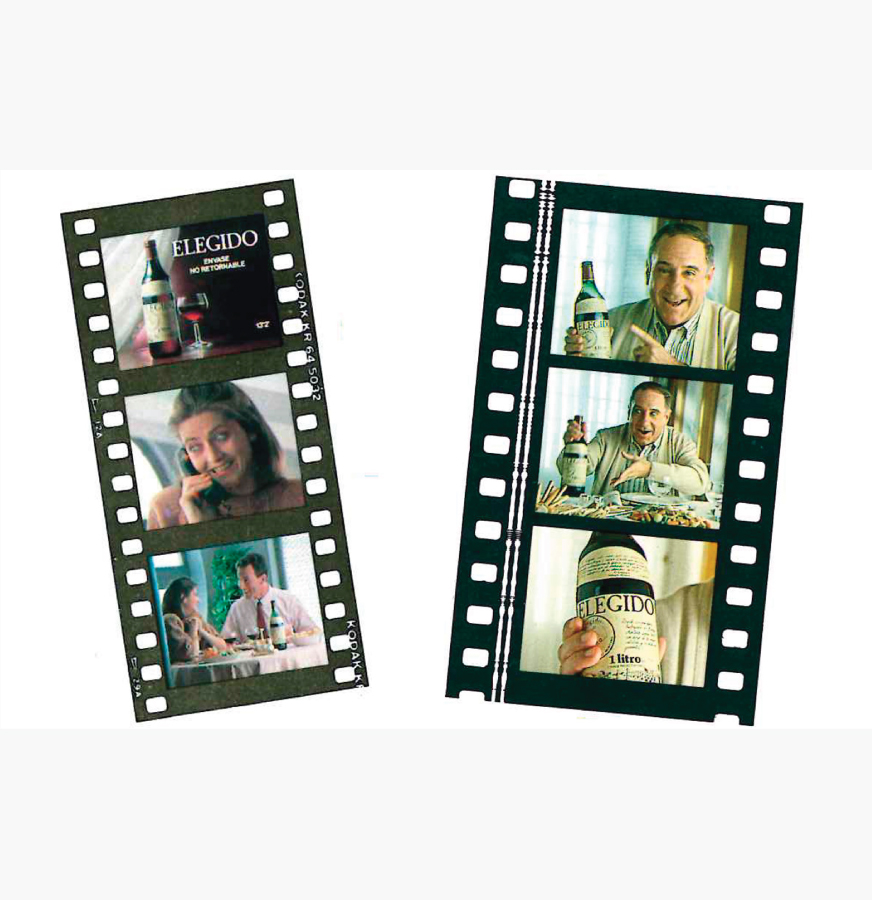 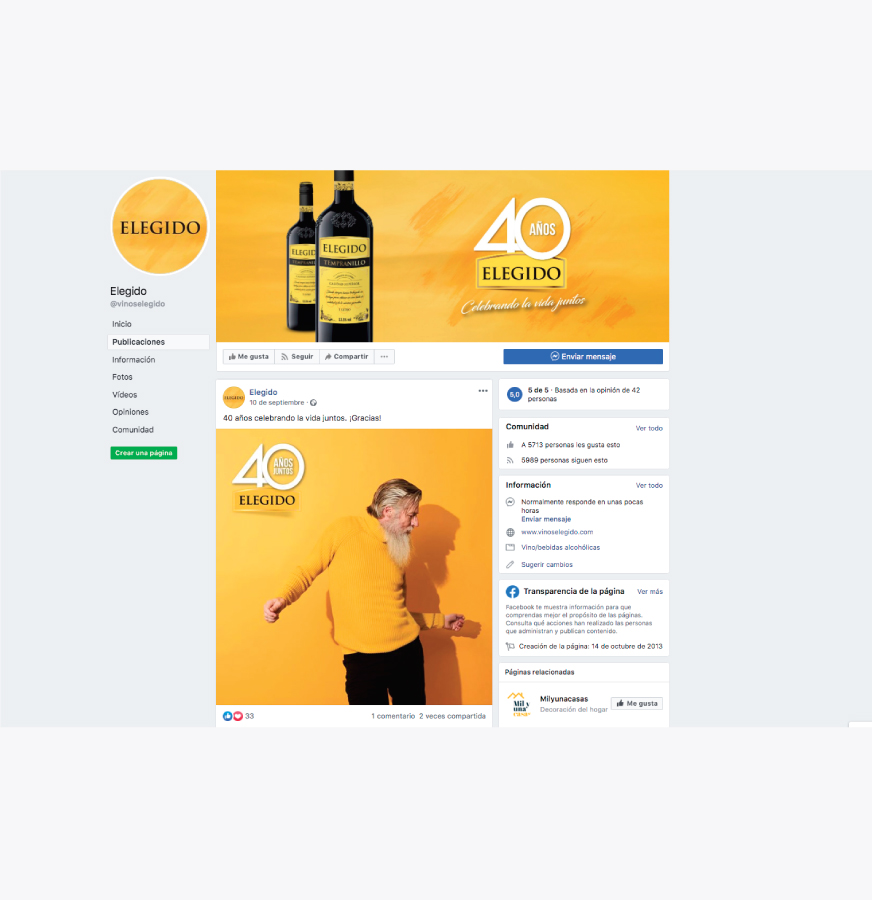 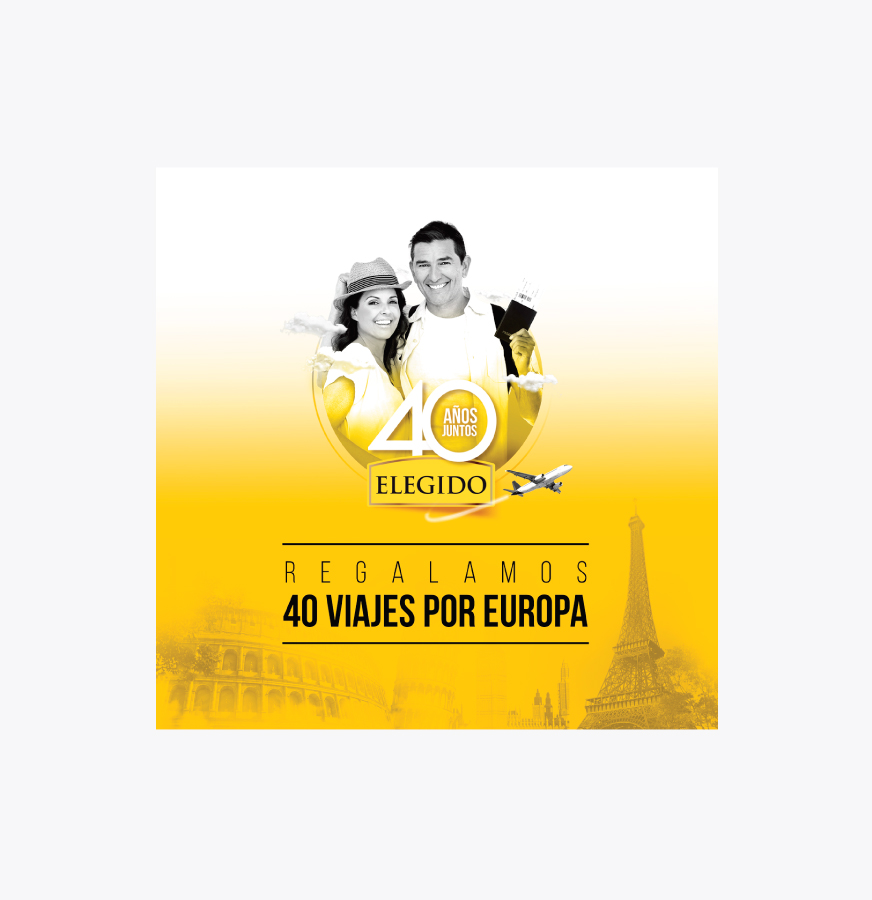 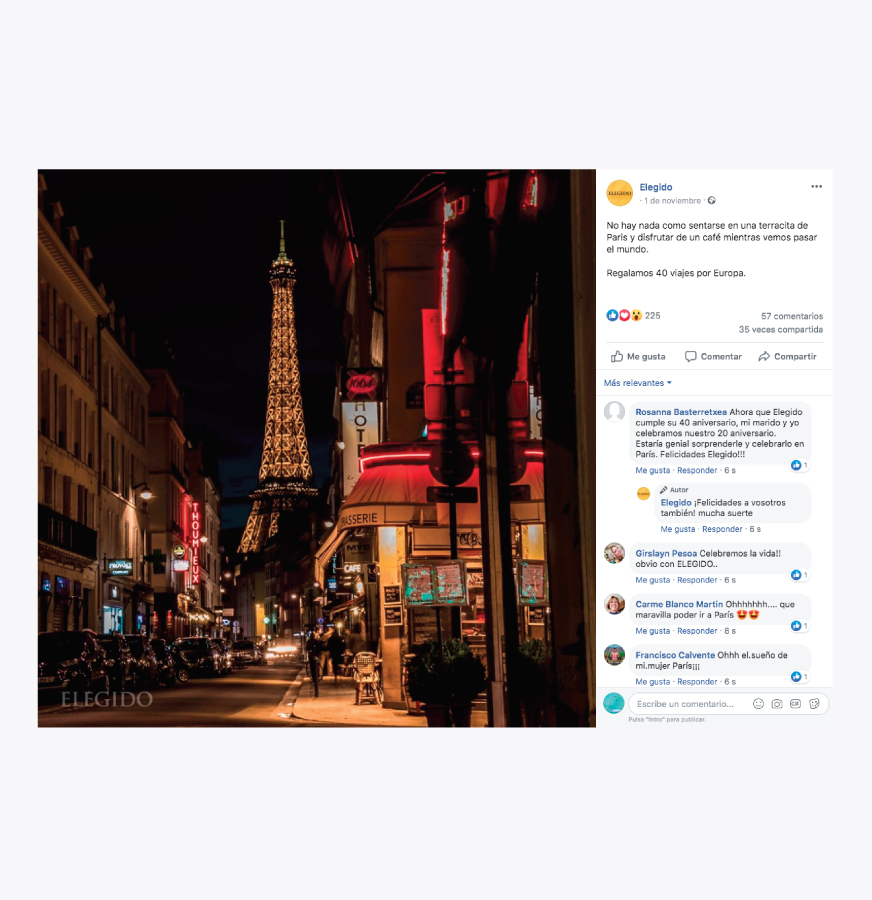 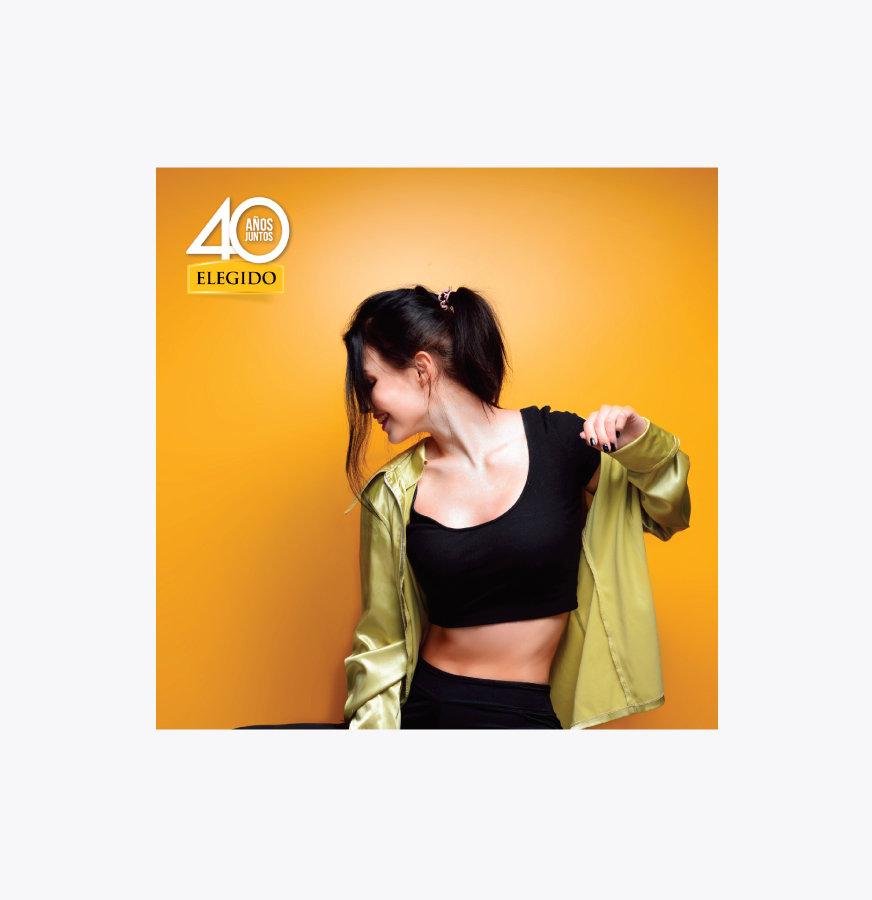